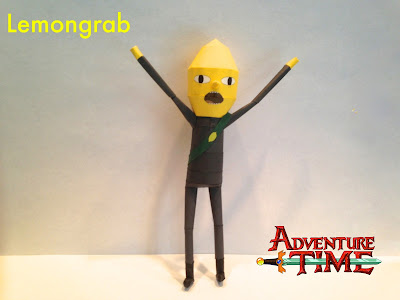 Start at the head and work down to the feet. The belt may need to be trimmed so it fits between the head and the arm.